In this post I announced the exhibit for which I was working on a secret quilt (the curator ask us not to post photos of our quilts until the show was announced) from April to August 2018.

“Working” is a term I am using loosely as I was procrastinating on completing the quilt during that time. I was given over one+ year (maybe 1.5 years) to complete the quilt from the invitation to be part of the Women of Color Quilting Network show, but alas, I was burning the midnight oil to get it done in time for the October deadline!

The show is called “Yours for Race and Country: Reflections on the Life of Colonel Charles Young”. It opens on March 16, 2019 and the exhibit will run from  through August 17, 2019 at the National Afro-American Museum in historic Wilberforce, Ohio.

Please check out the “Part I” post of this series for more details on Colonel Charles Young.

So now it’s time to reveal the quilt I made for the show.

As I discussed in the previous post, the show’s curator provided us with options of what part of Colonel Young’s life could inspire out quilt. I selected his time as Superintendent of Sequoia National Park.

I read a book about his life and accomplishments (Black Officer in a Buffalo Soldier Regiment: The Military Career of Charles Young by Brian G. Shellum) and studied images I found online of Sequoia National Park to inspire my piece.

After sketching out numerous ideas (in my journal, see post Creative Inspiration: Peek Inside My Journals) I knew that I wanted to make Colonel Young part of the beauty of Sequoia National Park since his role, as the first African American Superintendent of a National Park, was to preserve its beauty.

Also I decided I wanted to use only recycled materials to create the piece which would also honor his conservation efforts. I decided to only use cotton Batik fabric scraps. 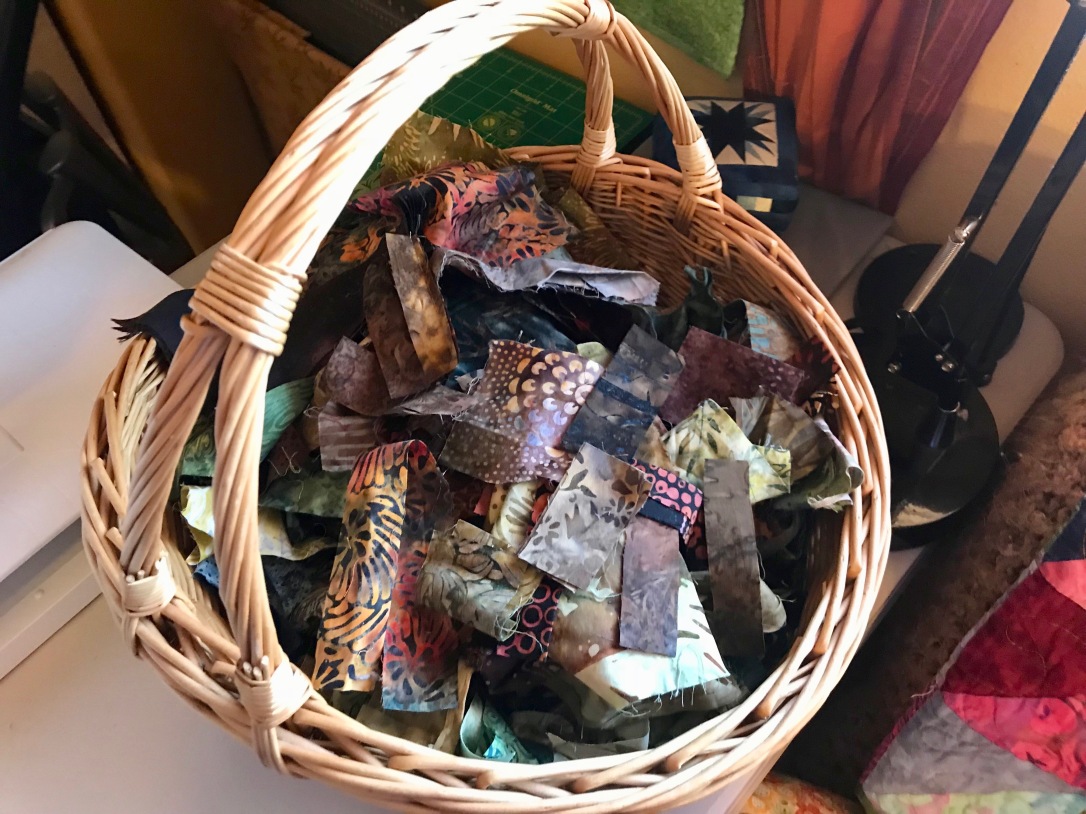 Here is the forest as it developed on the large design wall in my hallway (I added this post of my series What’s on the Design Wall, as it was secretly on my design wall!): 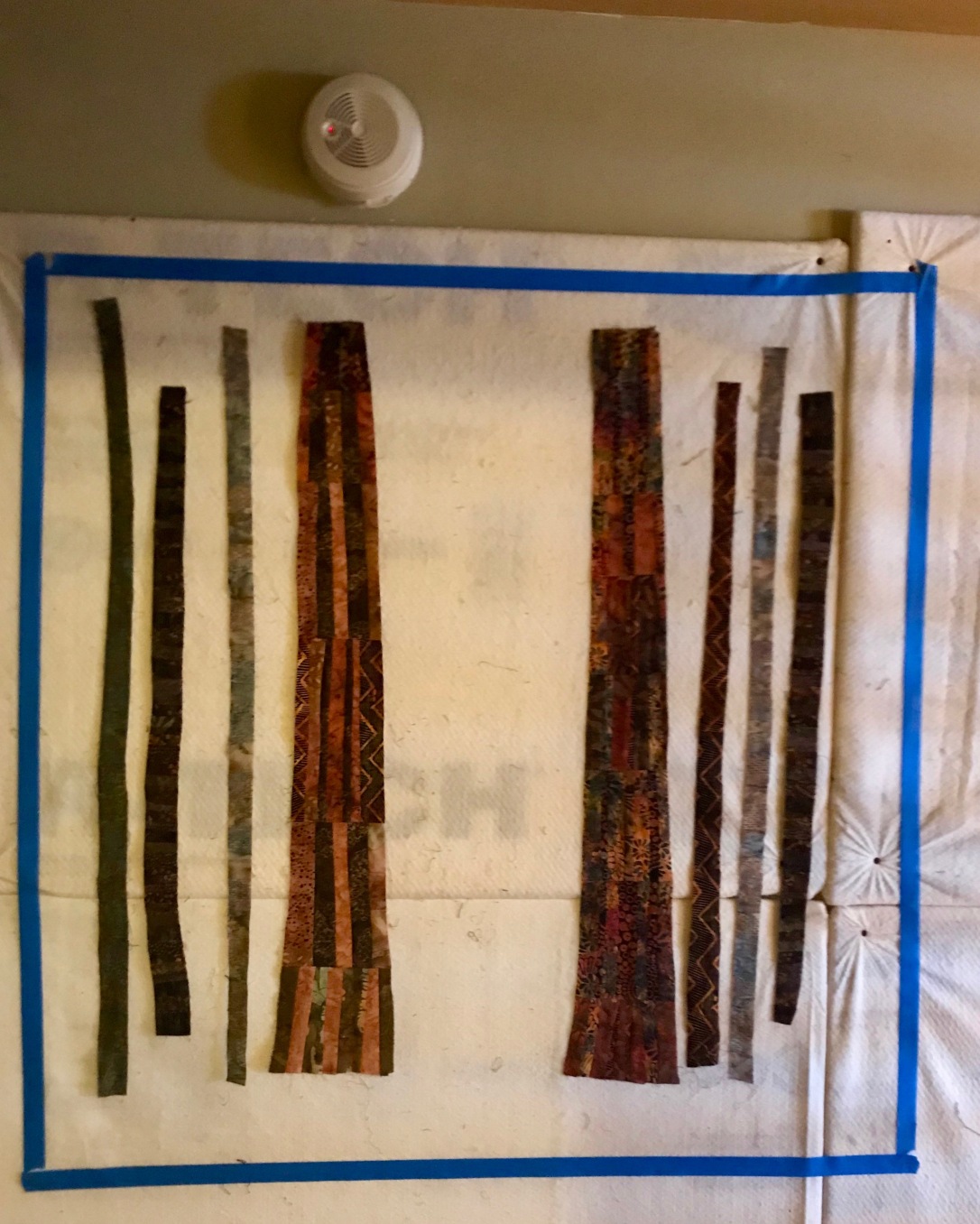 I wanted to incorporate Colonel Young and his accomplishments into the trees. So first I worked on a tree with his image as part of the bark: 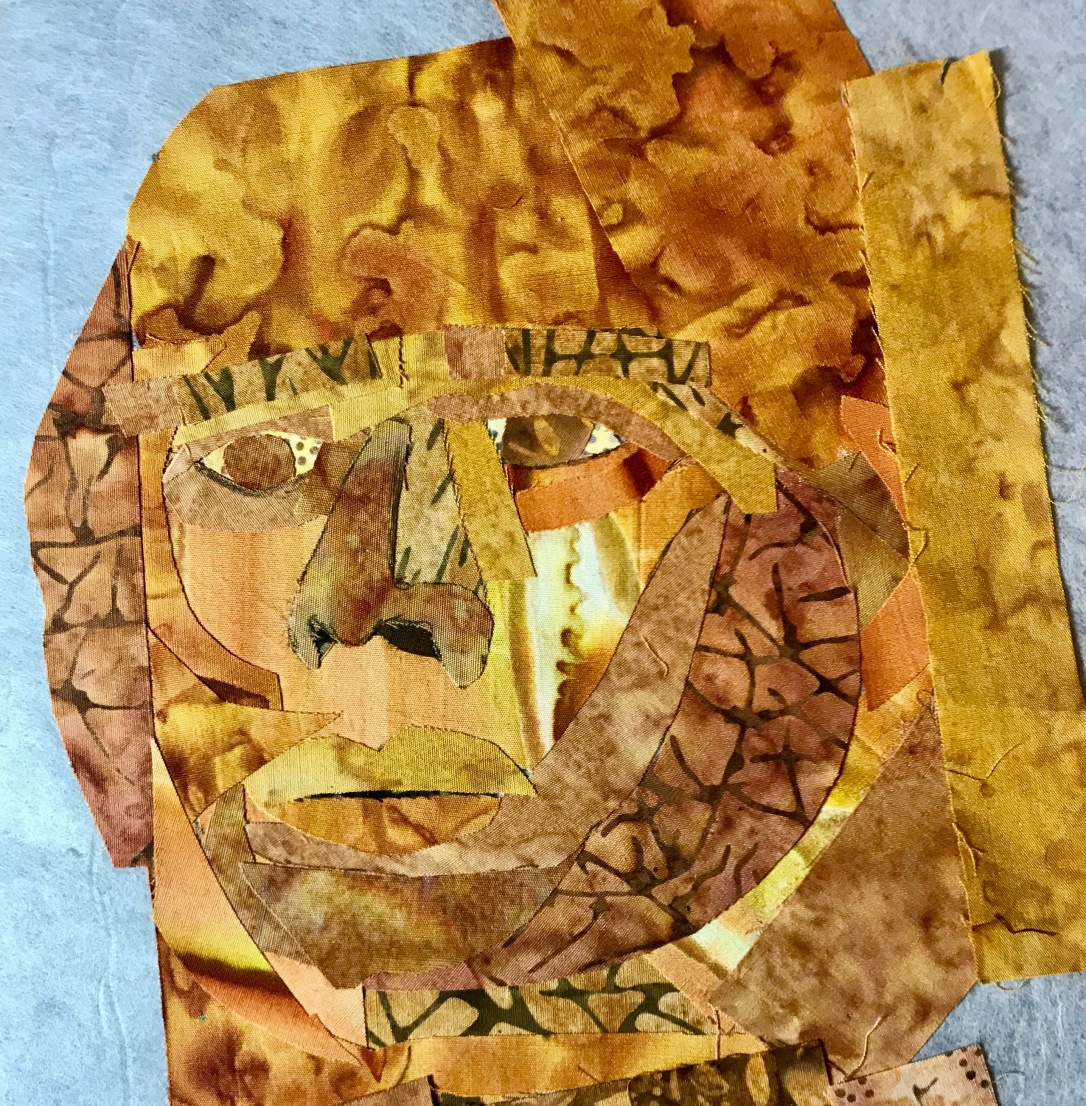 I also wanted to honor the National Park Service, so I created a fabric version of a U.S. Parks Service sign and edited the image to be the name of the quilt – Giant Among the Sequoia. 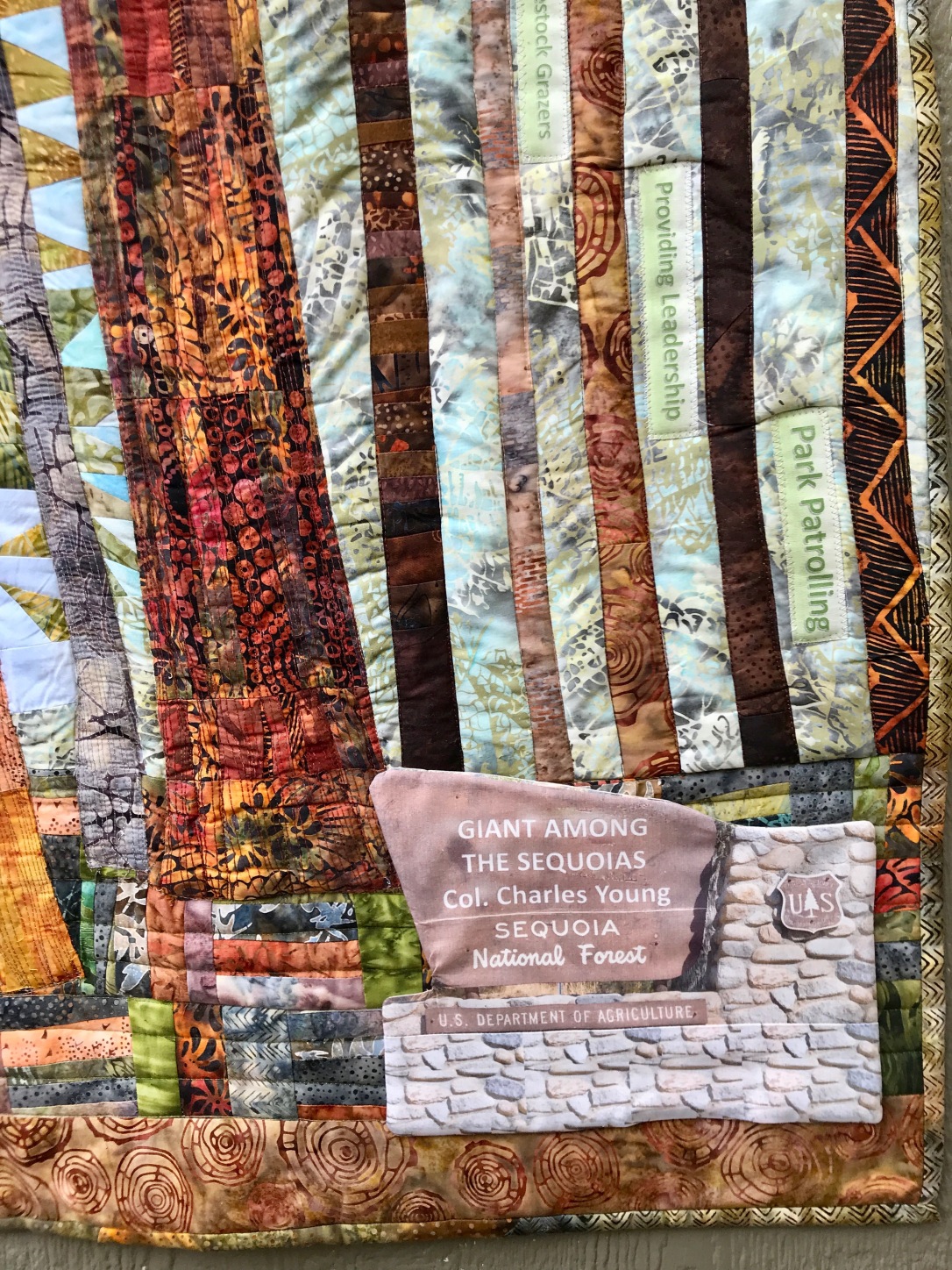 I had so much fun making this “monument marker”! 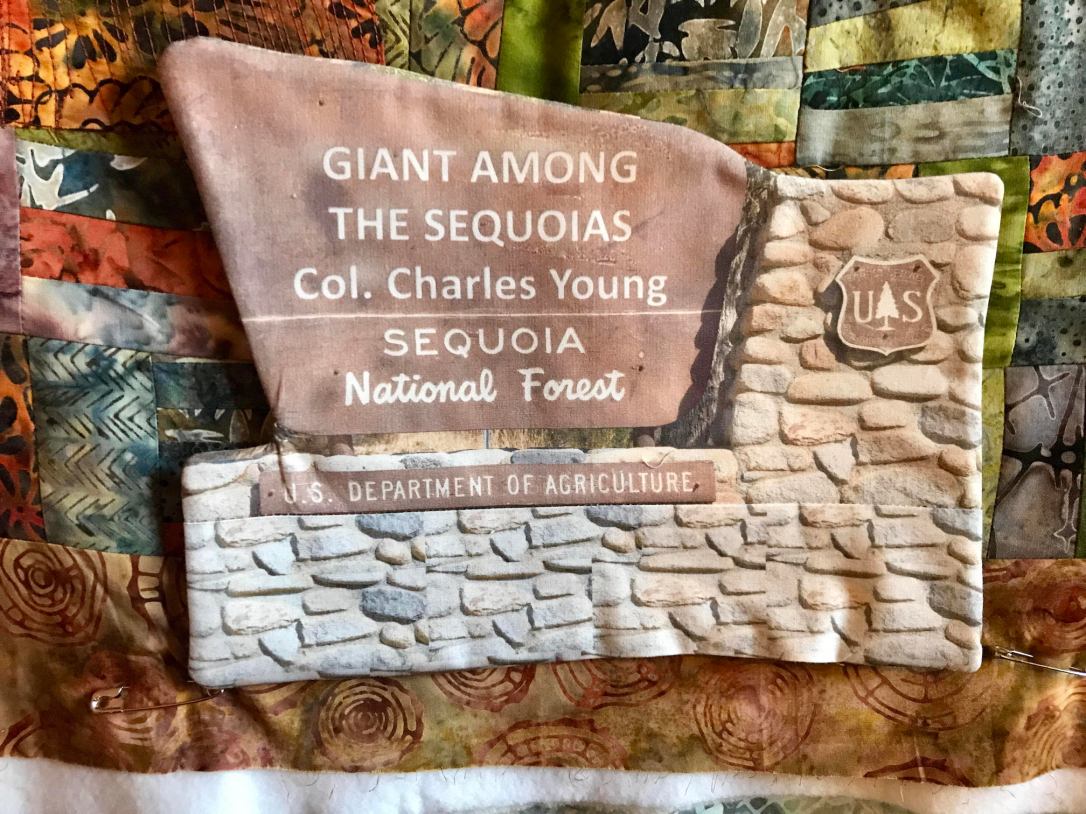 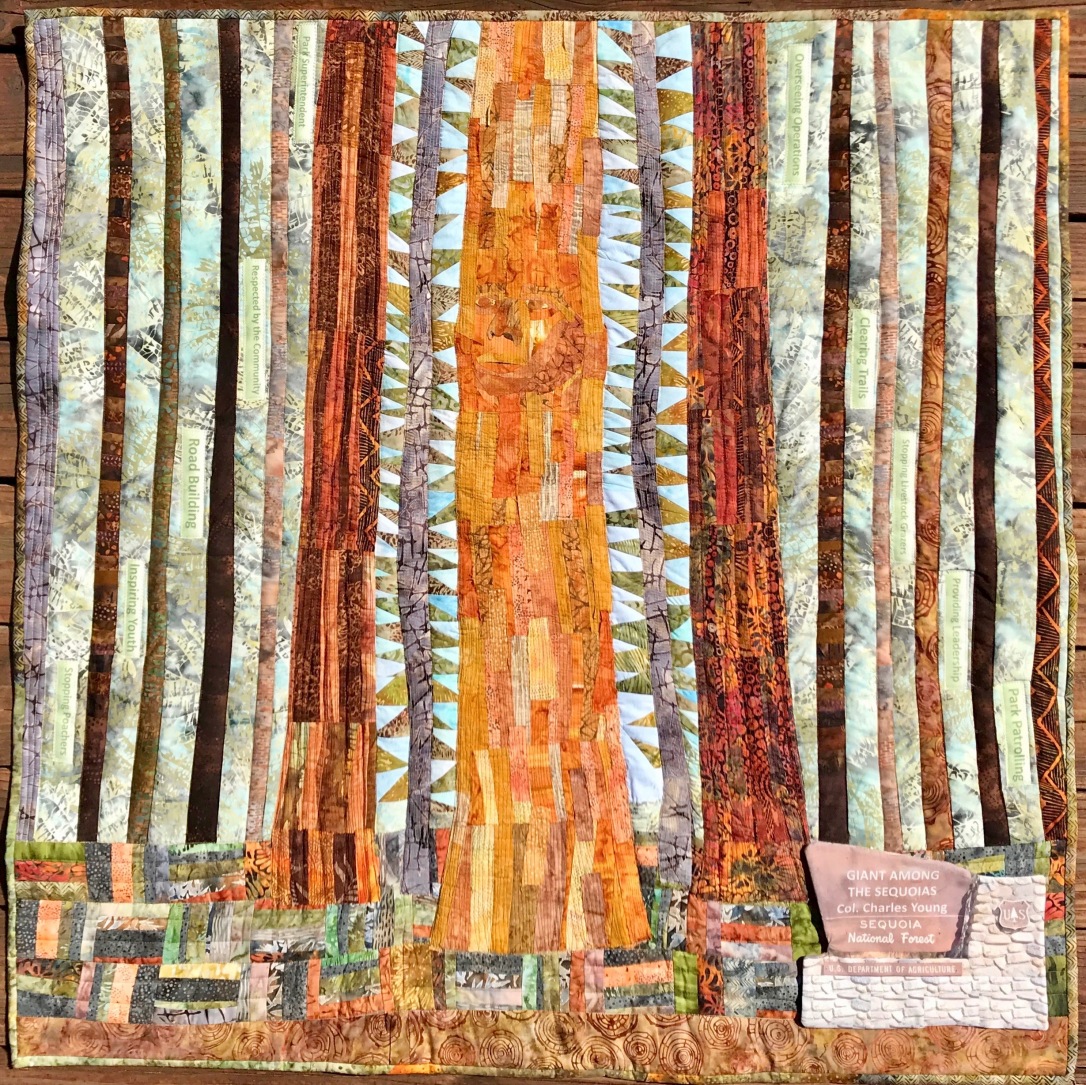 Here is the Artist Statement:

Floating among the trees in a mythical scene inspired by an image of a section of Sequoia National Park and by Brain G. Shellum’s book, are phrases describing the work that this groundbreaking leader accomplished during his time as Superintendent of General Grant (now Kings Canyon) and Sequoia National Parks:

In the center of the piece, a giant Sequoia tree with Colonel Charles Young’s image surveys and protects the park. Adding a bit of whimsy to the piece, an image of a real U.S. Forest Service sign in Sequoia National Forest was creatively edited.

This piece also honors the precious natural environment of our national parks and is made primarily from recycled materials (batik fabric scraps) that would have otherwise ended up in a landfill.

I’ve add this piece to my Nature Stories Series of my Art Quilt Stories.

By the way, if you’ve been following my blog for a while and remember this post – Creative Inspiration: Tree Bark – now you know why I was studying tree bark this past summer! 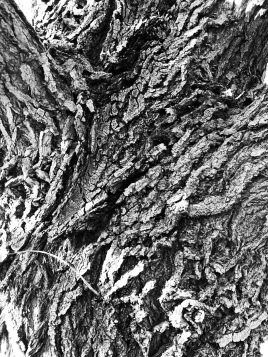 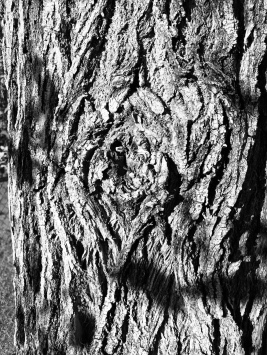 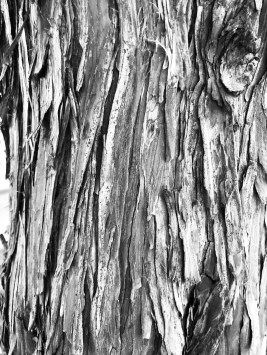 32 thoughts on “Secret Quilt Revealed, Part II: Yours for Race and Country” 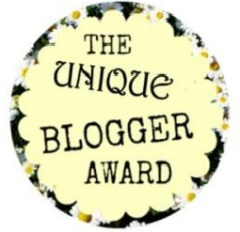 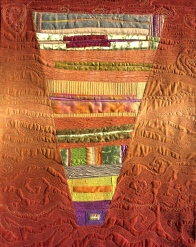 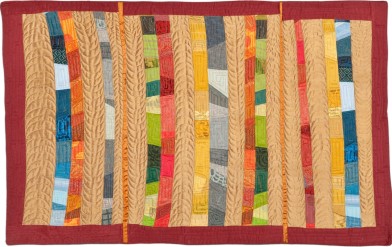 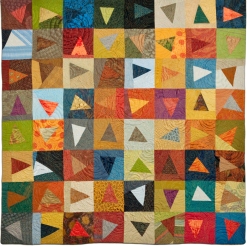 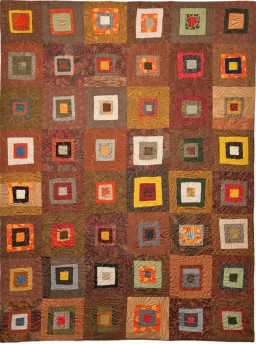 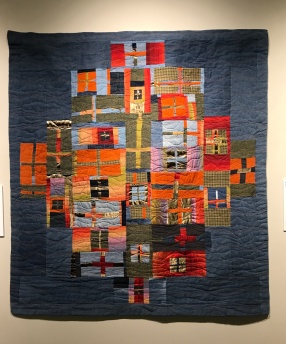 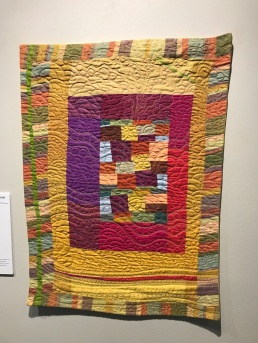 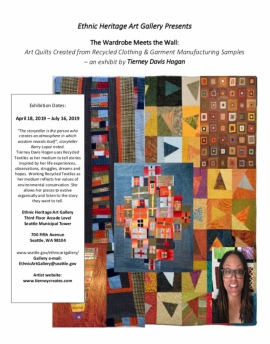 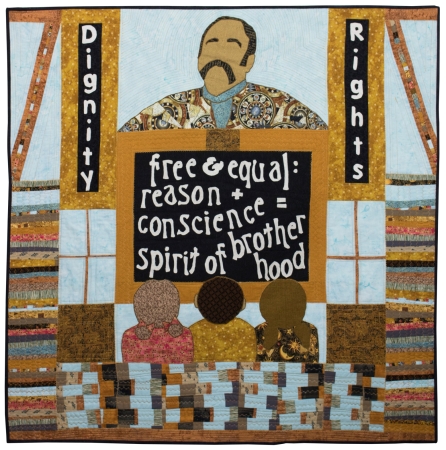 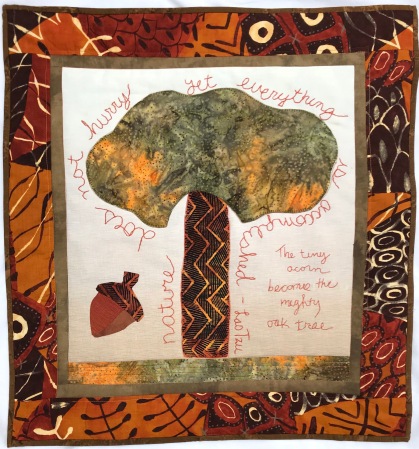